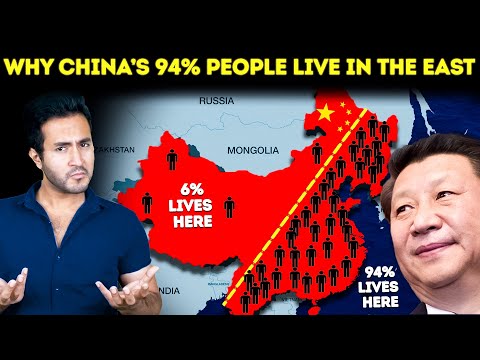 & Use Coupon Code: GETSET50 Hurry! The offer is valid for the first 250 users only

Hello Friends, this is Gaurav and there is a problem with China! The majority of the Chinese population lives in east china while a minority of the population lives in west china which is actually way larger than the east. But why so? In fact, this differentiation is so precise that you could actually draw an imaginary line – Heihe Tengchong Line. But that`s not the point. The point is that is it’s really beneficial for a country to have such steep variation in a population. And to top it up, the prime minister of china xi jing ping is actually trying to keep the conditions as it is today! There is not much effort added from the Chinese government due to which the local Tibetans and tribal Uyghurs are suffering. SO let`s find out what exactly is the reason behind this.