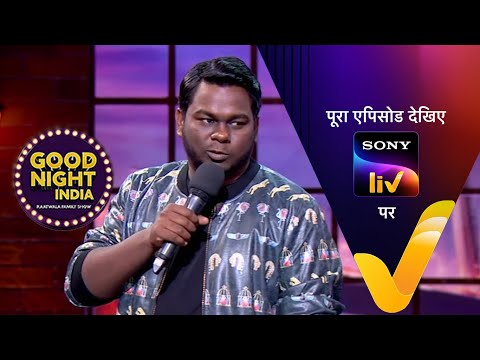 Episode 116: Munchkin’s On Good Night India
———————————————–
In today’s episode, today’s show is hosted by the two munchkins, Gauravi, and Garvin. Gauravi says you all might think why the host is changed today? But, when elder people are unable to perform their duty properly then the kids have to come. Later, Amit and Jiya introduce the little ones to the audience. Hence, What do all these kids have to share with the audience? Stay tuned and watch the full episode now.

About The Show:
—————————–
Good Night India is an Indian comedy show made especially for the audience to release stress at the end of the day. The show is designed to make people laugh out loud with the hilarious jokes performed by their favorite standup comedians. It is a late-night family show where Amit Tandon and Jiya Shankar invite various standup artists to perform laughter sets for the audience.