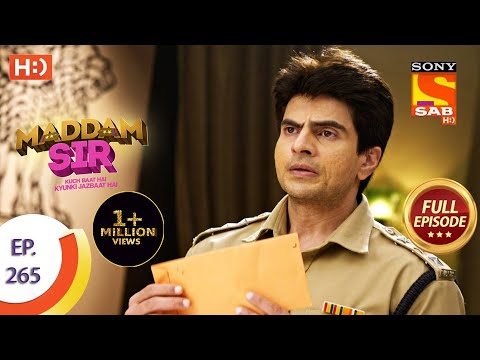 Episode 265 – The Case Of Fake Account
————————————–
Shalini is shopping in the market. She meets a stranger who asks her to drink a coffee with her. She feels unsafe and asks him to leave her alone as she doesn’t know him. Pushpaji and the team reach the spot and arrest the eve teaser. The man who got arrested lets Haseena know he had sent her a request on the matrimonial site. Shalini refuses to have an account on that site. To Know More Watch The Full Episode.