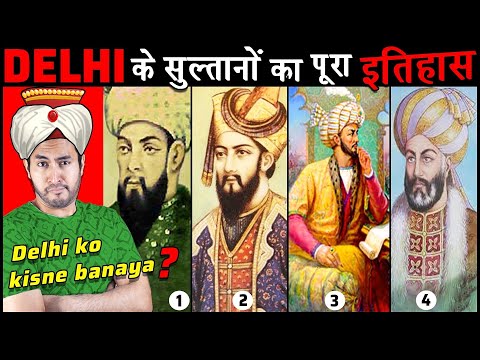 Share this video to your friends and family. Download the Dhani app – Click on the COVID Care Health Kit banner in the Health section – Place your order #DhaniAapkeSaath

Hello friends, did you know India’s capital Delhi was first owned and ruled by Rajput Kings- Prithviraj Chauhan, the Indian King who we all look up to. He was successful to thwart the attempt of Turkish King Muhammad Gori, who had his power-hungry and greedy eyes set upon Delhi’s throne. But little did, the great Prithviraj Chauhan knew, this Turkish King retaliated again, and then forcefully took Delhi in his own hands. And since then, Delhi has been the prime attraction point for many invaders. Right from the Mughals to Mongols to Afghanis to Britishers everyone had their eyes dead set on Delhi. So, what makes Delhi so sought-after capital for powerful Kings? Why Delhi has become such an important part of our Indian History? And did you know, after the Turkish King invaded India, he made his servant in succession to his throne. And later on, that servant’s son-in-law overtook Delhi’s throne to himself. And he prevented the world’s biggest ruler, the king of the Mongol Empire Genghis Khan from invading India. How did he do that? Well, stay tuned to more fascinating details about the Delhi sultanate in our today’s video.