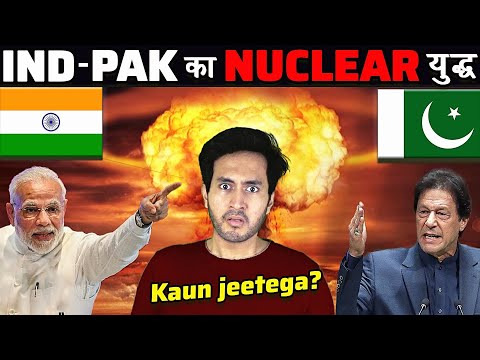 Register for Master of YouTube Course here – https://getsetfly.graphy.com/home/master-of-youtube-ultimate-strategies-to-become-a-serial-influencer
(50% OFF for First 100 Registers – for Rs. 1,000)

Hello friends, just imagine what will happen if India and Pakistan engage in a nuclear war? What will be the effect on the entire world if India and Pakistan fight the Nuclear War? Back in the year 2020, Pakistan railway minister Sheikh Rashid Ahmed issued a nuclear threat to India. Now, why would he do that? I mean yes Pakistan does have 160 nuclear weapons at the present, a little more than India’s 150 nuclear weapons. But did you know? India is the only 4th country after the USA, Russia and Israel to have Anti-Missile Defence System. Yes, Pakistan still doesn’t have its own anti-missile defence system so India is still at some advantage. But even if Pakistan strikes a nuclear attack, it will have consequent effects on the entire world’s environment. Ice Age can begin once again!! Yes, not kidding. This nuclear war can have very deadly consequences, crores and crores of people can die within a second. And those who survive might still die later. How? Well, let’s find that out in today’s video and let’s see who will win the war India or Pakistan if they ever go on a nuclear war!!