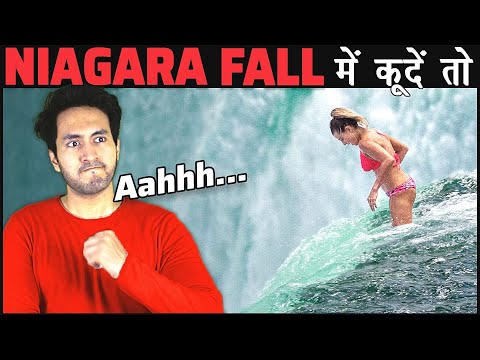 Hello friends, ever wondered what will happen if you fall off from the world’s most beautiful and most dangerous Niagara falls? Will you be alive or dead within seconds? And did you know? Meet rain happened once in Kentucky, USA! Not kidding, Kentency did experience a meat shower where hundreds of meat fell off from the sky. Now how did this happen? Was it a natural phenomenon or something else? And friends, when the internet was first introduced in the world, what was the first thing that was exchanged over it? In fact, there’s a country in this world- South Korea, that gives national holidays to everyone during their most important school exam- suneung exams. Weird, right? In fact, it’s also the same country where maximum youngsters suicide due to education pressure! And you know Florida’s Government duped 20 lacs tires in the ocean! Why would they want to purposely harm the environment and aquatic animals? But you know what? A few years later, karma happened and they had to pick up all tires one by one! What for? To know more such interesting facts stay tuned throughout the video.