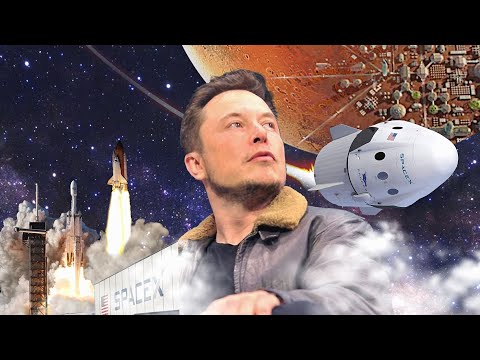 Register with Coinswitch Kuber and get Rs. 50 Worth Bitcoins FREE – https://coinswitch.co/in/refer?tag=ext8

Hello friends, Elon Musk who didn’t even know the ‘S’ of Space, who earned a degree in physics and economy, how did he spend 74 billion dollars for Space Exploration by creating Space X? The only private space agency to be so successful and to be able to compete with top government agencies of the USA, Russia, and China. Well, let me tell you… Elon Musk didn’t just throw some play money in. He put in his heart, his soul, and his mind into Space X. Musk envisions a future where humans live in a spacefaring civilization, frequent voyages from Earth to Mars, and vice-versa. The company was founded in 2002, with the ultimate goal of enabling human life on Mars. But yes, there was also a time when Space X went near bankruptcy due to many failures in rocket launches and was about to lose a big deal with NASA. So how did Space X overcome that? And why is Space X today one of the most talked-about and one of the most successful private space agencies? Stay tuned to know how Elon Musk’s master engineering piece Space X made its way to the top in our today’s video.