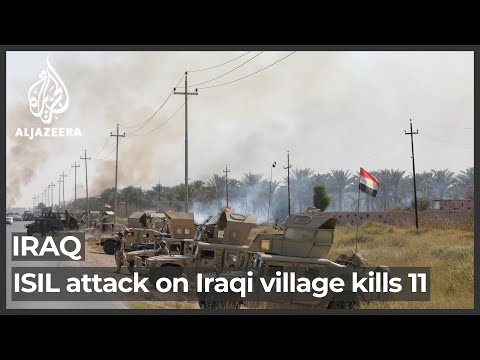 In Iraq, at least 11 people have been killed in an ISIL (ISIS) attack that has stoked sectarian tensions in Diyala province.
Police said attackers used hand grenades and machine guns during their assault on a predominantly Shia village on Tuesday.
There were was then another attack – apparently in response – on a neighbouring Sunni village, in which nine people died.