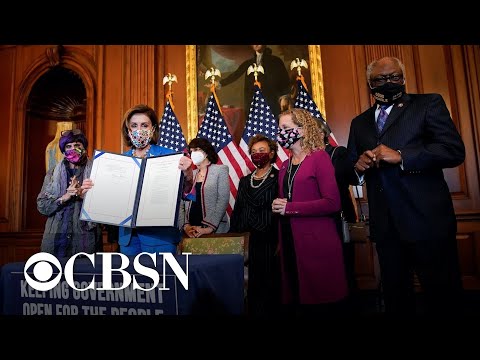 Congress approved a short-term funding bill to avoid a federal government shutdown hours before the deadline. But a $1 trillion infrastructure bill and $3.5 trillion in social spending, both key to President Joe Biden’s agenda could be in jeopardy because of Democratic infighting. CBS News political contributor Joel Payne, a Democratic strategist, and Matt Gorman, a Republican strategist and former campaign aide to Mitt Romney and Jeb Bush, joined CBSN to discuss.