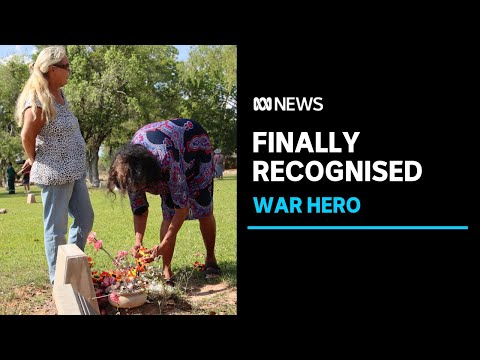 It’s one of Australia’s untold stories of World War One – an Indigenous soldier awarded for bravery and courage under fire.
Subscribe: http://ab.co/1svxLVE
Frederick Prentice returned to the Northern Territory following his service where he eventually died and was buried in an unmarked grave. A national hero, largely forgotten about until now.

ABC News provides around the clock coverage of news events as they break in Australia and abroad, including the latest coronavirus pandemic updates. It’s news when you want it, from Australia’s most trusted news organisation.

Note: In most cases, our captions are auto-generated.