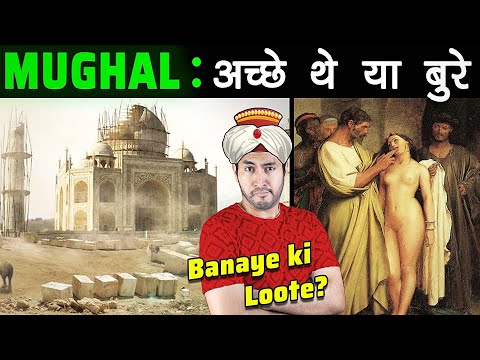 Hello friends, the Mughal period in India, was that period where, the Mughals came and invaded India, but they also made India united in a way. All small territories came together and formed a country that we today know as India. And even though Mughals are one of the first people we know who looted India, but surprising you’ll be shocked to know that Mughals on the other hand, also helped India become rich. Yes, you heard me right! During the Mughal reign, India had the world’s one-fourth gold. And mind you, it is because of them India earned crores of rupees, and finally became "Sone ki Chidiya". So, now when you know these facts, don’t you wonder… that why the hell do Indians still harbor the feelings of hatred towards Mughals? What has the Mughals done in order to make Indians immensely dislike them? So don’t go anywhere, let’s find that out in our today’s video.