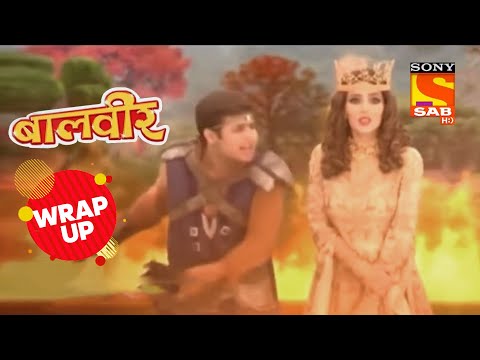 Click to watch all the clips of Baalaveer Wrap Up:

A Series of Baalveer’s journey, how he begins his battle against evil powers and every time fights his way out with flying colours with the help of the special powers gifted as a blessing from his ancestors with its roots from Pari Lok. Watch these amazing episodes and relive the Reliv episodes of Baalveer.

About Baalveer:
—————————-
After Pari-lok, the home of benevolent fairies was destroyed by a mighty evil, Timnasa. Baalveer takes shelter in Veer-lok along with a few Paris who had survived the massacre. There, under the guidance of the wise old white lion Shaurya, Baalveer and Paris are instructed to find the successor of Baalveer at the earliest, since he was immensely injured during the war and will need to team up a new Baalveer to further fight the battle with evil. This search for the next Baalveer takes them to earth, where they discover Vivan, who lives in an old society of Mumbai. He is the naughtiest kid, an ardent fan of Salman Khan, and a non-believer of Baalveer and his powers. This adds to the misery of Baalveer because unfortunately, this undisciplined, non-believer kid is the real successor of Baalveer. What follows is the challenging journey of Baalveer and his team to make Vivaan the next Baalveer with some eccentric characters, childish games and lots of magic on earth and the respective loks, while the imminent threat of Timnasa and the mystery behind her origin continues to play a part.