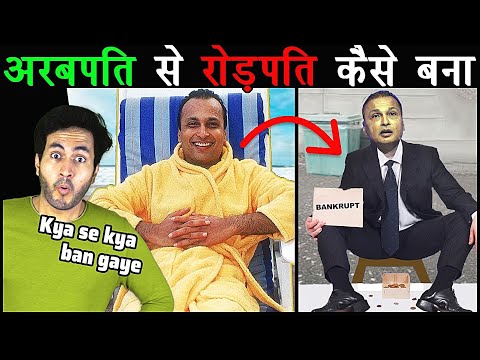 Download Kuku FM for less than Rs1/day and make the biggest investment on yourself: https://kukufm.sng.link/Bpksi/ie4y/69ox

In 2002, when Dhirubhai Ambani left the world, the world saw one of the most disputed family wealth distribution disputes between Asia’s richest man Mukesh Ambani, and his younger brother Anil Ambani, who mind you at that time was the 6th richest man in India! So what happened after the wealth distribution. How did Anil Ambani fall down from riches to rags? Like during wealth distribution, Mukesh Ambani got all old companies like Reliance Industries, Petroleum, IPCL, and Infrastructure companies, whereas Anil Ambani got all in demand and growing companies like Reliance Communications, Reliance Capital, Energy, Natural Resources, and Broadcast Network. So what went wrong? Anil Ambani is known to have big connections in Bollywood, Political parties, and successful businessmen. So where does he lie now? How did he go bankrupt? Come, let us all watch how this business tycoon made some very wrong business deals and got himself in tons of debts in our today’s video.