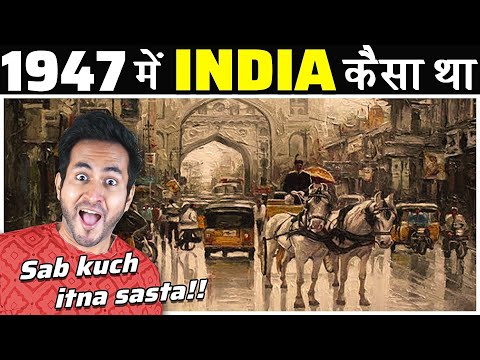 Nearly 200 years back, Britishers came to India, ruled India, looted India, and then left. We finally got our freedom, but at what cost you may ask? More than 70% of the Indian population were left to starve and get malnourished. Kids in India were searching for food, instead of going to school and that’s one of the main reasons why nearly 88% of the Indian population remained uneducated. India which had a mind-blogging GDP of 27% drastically went down to 3.9% after the Britishers looted India and left. It took India nearly 70 years to get back on track and compete with England. And 2019 was that year when India’s GDP was more than U.K’s GDP. A big pride moment for all Indians. Today nearly 77% Indian population is English speaking, making India the largest English-speaking population country! So aren’t you curious to know, how India beat England in almost all fields of development when England nearly crumpled India in 1947! So, stay tuned to know what India was in 1947 Vs what India is now. See India’s progress with us in our today’s video.