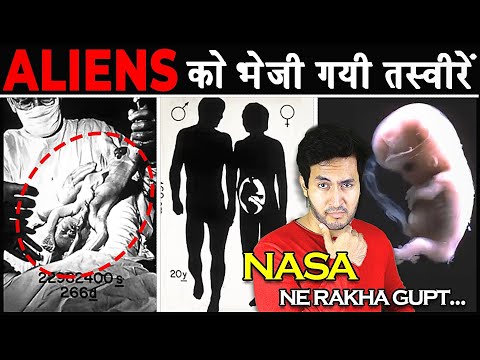 Hello friends, why does NASA wants Aliens to see our country- India’s pictures? From Taj Mahal, to Indian traffic? What is their hidden agenda? And all these pictures are actually saved in a golden record that were sent with the spacecraft Voyager 1 and Voyager 2. In fact, it had greetings in over 55 languages!! And you know what, for aliens to encrypt these messages and instructions, universal language of physics and mathematics were used! It even had many nation’s national anthem stored in them!! Along with solar system’s parameters and units. And you NASA’s golden record selection committee had much debate over which pictures and sounds to use. They wanted to show them the evidence of human life on planet earth. So what are you waiting for? Let’s stay tuned throughout the video to know more such interesting facts in our today’s video.