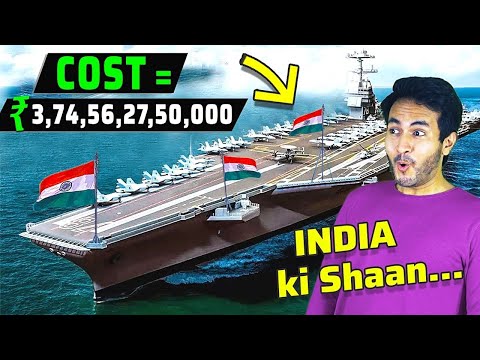 Hello friends, in 1971 East Pakistan which is today known as Bangladesh was at war for its freedom with West Pakistan i.e Pakistan. And Indian army to help Bangladesh jumped to war against Pakistan. With resulted in 3000 Indian soldiers sacrificing their lives and more than 12000 Indian soldiers being severely injured. But then India’s first aircraft INS Vikrant came in and thwarted all attempts of Pakistan to invade Bangladesh. It also saved thousands of Indian soldier’s life. And it was actually the first time that Pakistan actually sensed India’s true military power. In fact, in those countries that have aircraft carriers, their military power increases tenfold times and those countries which don’t have aircraft carriers, live a life of fear. In fact, I can proudly say that Indian aircraft carriers can beat China and Pakistan. How? Well, to know that, stay tuned throughout the video.