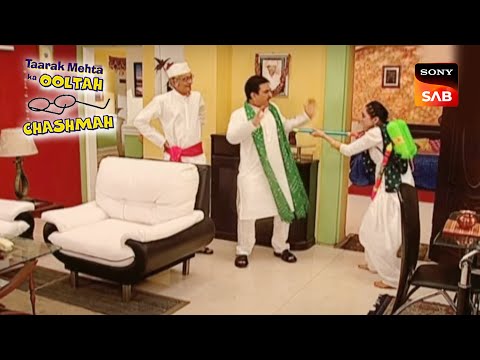 When planning for the Holi celebrations, Popatlal gets angry with Jethalal and goes home. The next day, Daya Jetha, and Bapuji get ready to play Holi with everyone. Later, Daya explains to Jethalal and asks him to apologize.