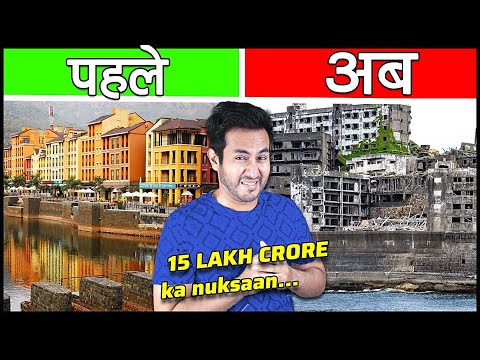 Hello friends, did you know Ajit Gulabchand had planned to create an Italy like Portofino city in Maharashtra’s Sahyadri mountain ranges? In fact, according to his plan, Oxford University and Manchester University were planning to open a university and football club academy. Plus a 65 acre big amusement park and a golf course designed by famous golf player Nick Faldo. In fact, this city also received awards for its design from American society of landscape architects and Congress for the new urbanism. And this city was gonna be India’s first smart city privately managed and exclusively planned hill city! Lavasa started developing its towns back to back and people and investors believed that this city is gonna be the best city of India. But, unfortunately something happened and Lavasa city is considered to be the worst failed city in the world today. So, what exactly happened with this ambitious and luxurious project of Lavasa city! The 1.47 lakh crore failed city!! So stay tuned to know more such about this most expensive failed project of India in our today’s video.