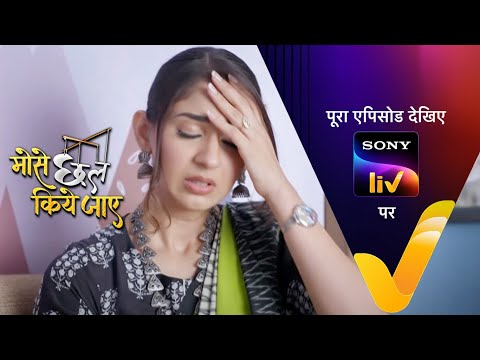 Episode 127: Love Wins
——————————————————————
After Jashan and Jahaan are rescued, Saumya finds out the shocking truth about Armaan. She learns that he was the one who kidnapped his own kids in order to win the game against Saumya. She decides to put an end to this game once and for all and files a complaint to get him arrested by the police. After all, Truth and True Love win. Will Armaan apologize for his past actions?

About Mose Chhal Kiye Jaaye:
——————————–
The show revolves around the story of a young passionate aspiring writer – Saumya, who hails from a small city with big dreams… Dreams to one day pen down stories for the ever-evolving Television industry. Despite several challenges and obstacles, Saumya’s inspiration and talent drive her to get a writing assignment in one of the biggest television production houses in the country – Oberoi telefilms, which is being run by a charismatic, dashing – Armaan Oberoi. However, Armaan a man of peculiar details still holds onto the patriarchal mindset, which comes from his dad. He finds a perfect life partner in Saumya, as he believes he can mold Saumya with his desire for a perfect housewife. But to Armaan’s expectation, Saumya is exactly the opposite of a typical housewife, she has dreams and a desire to become independent and help her family to come out of the financial crisis. Thus ensues a series of manipulation from Armaan to shape Saumya in the way he wants. But as soon as the curtains of lies and deception lift up, Saumya discovers an entirely different Armaan, and she doesn’t even hesitate to take on a head-on head battle against Armaan to take custody of her infant… become independent and live her dreams again!