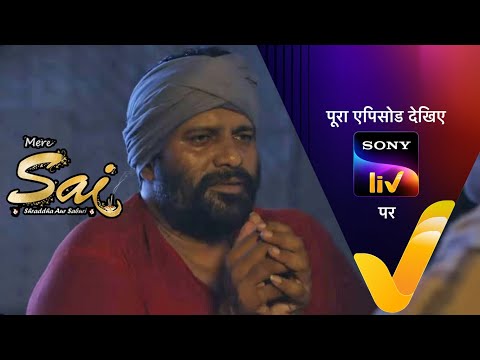 Episode 879: Help Of Needy
————————————————————
At night someone knocks on the door of Laxmikant’s house. Laximikant opens the door and sees a man standing out swearing cold and that man ask for help as he is feeling very cold and need a bedsheet to cover himself. Stay tuned to watch the full episode now.

About Mere Sai:
————————–
This year marks the 100-year completion of a momentous event of Sai Baba taking Samadhi in Shirdi. In the last 100 years, his cult has multiplied exponentially and his message and teaching have brought solace to millions of his followers across the globe. In this centenary year of his Samadhi, Sony Entertainment Television is proud to present his biopic on television – Mere Sai. Mounted on a lavish scale, this biopic is a highly researched, authentic tale of his journey of life dramatized in an engaging screenplay format. This ambitious project will be produced by one of the most respected Television production house – Dashami Creations.