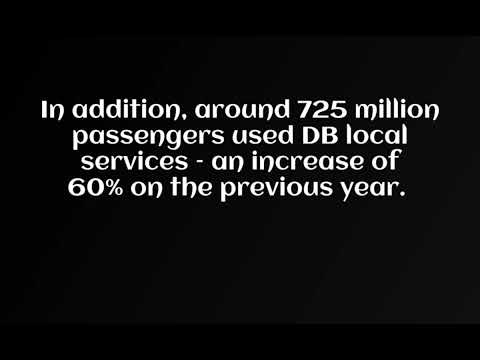 GERMAN Rail (DB) has reported its first positive operating result since the beginning of the Covid-19 pandemic.

DB closed the first half of 2022 with an operating profit (adjusted for EBIT) of €876m, after consolidated sales increased by 28.4% to around €28bn compared with the first six months of 2021. By contrast, DB recorded an operating loss of €1.6bn in 2021 despite a double-digit percentage growth in revenues, and an after-tax loss of €5.7bn in the 2020 financial year.

In the first half of 2022, DB’s consolidated operating result improved by around €1.9bn compared with the same period in 2021. The logistics subsidiary DB Schenker made by far the largest contribution to the improving success of the group, almost doubling its operating profit compared with the first six months of 2021 to around €1.2bn.

However, earnings, revenue and output also increased significantly in DB’s core business, with 59.1 million passengers using its long-distance trains in the first six months of 2022 – 11.7% more than in the same period in 2021. In addition, around 725 million passengers used DB local services – an increase of 60% on the previous year.

"The turnaround has been successful,” says DB CEO, Dr Richard Lutz. “Demand is booming and we’re back in the black. The quick return of our passengers shows that it was absolutely right to stay on course, even in difficult times, and to position ourselves for strong growth with new trains, better offers and more staff.”

“We have already done a lot to cope with the boom in demand,” Lutz says. “Never before have there been as many ICE trains in Germany and Europe as there are today.”

At DB Cargo, there was a 5.6% increase in revenue and a 1.2% rise in tonne-km recorded, but the freight sector suffered from the effects of the war in Ukraine and capacity restrictions on the German rail network due to ongoing upgrade work.

In addition, Germany’s rail infrastructure is currently unable to keep up with the growth in traffic, leading to delays to services which Lutz describes as “unacceptable”. In the first half of 2022, only 69.6% of long-distance trains reached their destination on time, compared with 79.5% in the first six months of 2021. Long distance punctuality fell to as low as 57% in June. Overall punctuality in DB rail passenger transport in Germany reached 92.5% in the first half of the year.