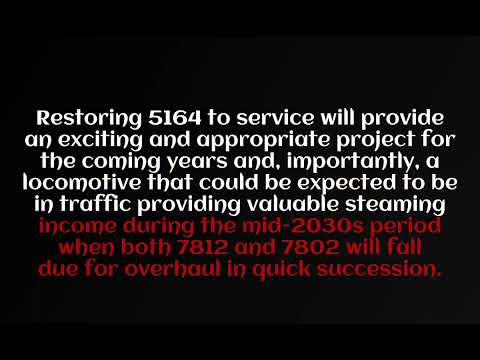 With both 7802 Bradley Manor and 7812 Erlestoke Manor returning to traffic in the near future, the Erlestoke Manor Fund (EMF) is raising funds to overhaul ex-GWR Large Prairie No. 5164.

In 2021, EMF shareholders approved proposals to restore ex-GWR Large Prairie No. 5164 to steam after its acquisition from the 5164 Preservation Group.

Restoring 5164 to service will provide an exciting and appropriate project for the coming years and, importantly, a locomotive that could be expected to be in traffic providing valuable steaming income during the mid-2030s period when both 7812 and 7802 will fall due for overhaul in quick succession.