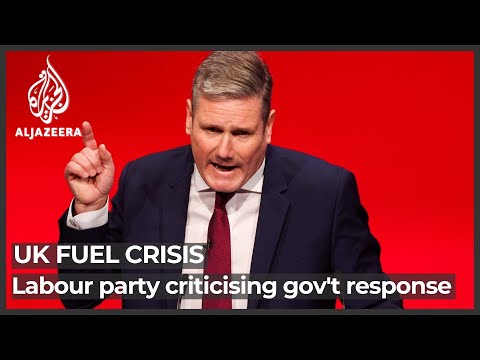 The leader of Britain’s opposition Labour Party Keir Starmer has criticised the UK government’s response to the fuel crisis, exacerbated by a truck driver shortage and Brexit.
Soldiers will start delivering fuel to petrol stations – many of which are still closed – in the coming days.
Starmer was speaking to his party’s annual conference in person for the first time – since becoming leader 18 months ago.