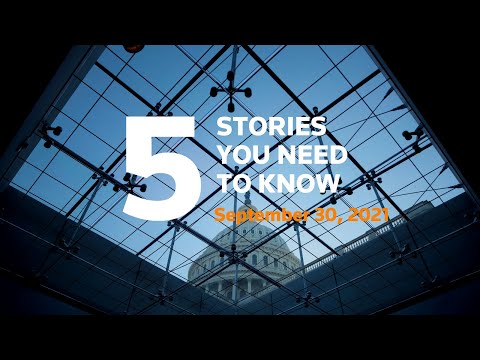 1. President Joe Biden’s agenda was at risk of being derailed by divisions among his own Democrats, as moderates voiced anger at the idea of delaying a $1 trillion infrastructure bill ahead of a critical vote to avert a government shutdown.

4. Small firms caught in China’s prolonged energy crunch are turning to diesel generators, or simply shutting shop, as coal industry officials voiced fears about stockpiles ahead of winter and manufacturing shrank in the world’s no. 2 economy.

5. The U.S. Department of Homeland Security said on Wednesday it intends to issue a new memo in the coming weeks ending the "remain in Mexico" immigration program.

Reuters brings you the latest business, finance and breaking news video from around the globe. Our reputation for accuracy and impartiality is unparalleled.